There are a lot of things on Etsy I come across that I have to shake my head and sigh at. Cute little purses to carry your handgun in, for example. But one thing I keep seeing that I can’t even just let go anymore because it’s actually really making me angry is “Indian Headdresses”. 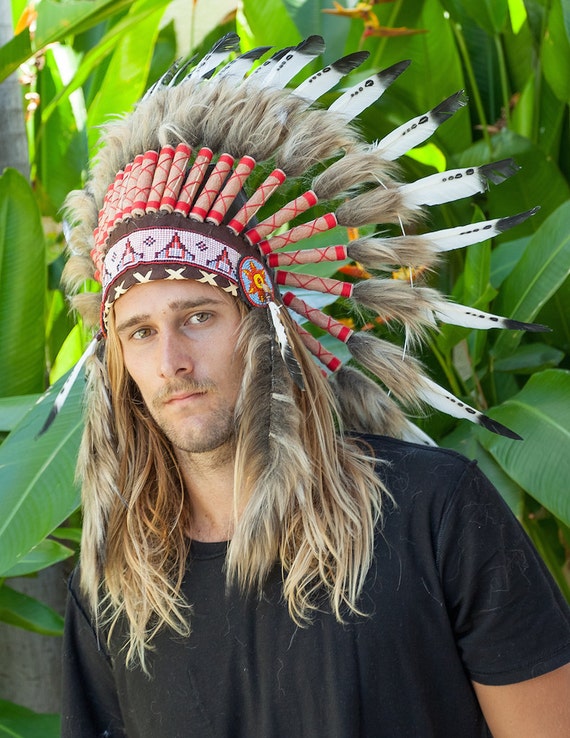 Image via The Sounding Iron on Etsy

They are usually tagged as festival wear and marketed to be worn as costumes or for parties. Neither the seller nor the buyers seem to be aware of the true purpose and meaning behind headdresses ,what the symbolize, and their importance in indigenous culture. Headdresses are earned and worn by specific members of the community. They aren’t costumes or the perfect accessory for a rave or music festival.

Here’s an excellent video that explains the significance behind different headdresses among First Nations tribes. Behind First Nations Headdresses: What you Should Know

Grand Chief Derek Nepinak, of the Assembly of Manitoba Chiefs, describes the headdress as being ‘tied to my ceremonies and the fasting that I’ve done over the years on the land and that’s where the eagle feathers come from.’ (Adrian Wyld/Canadian Press)

Some music festivals have started banning headdresses. It would be fantastic if Etsy and other handmade sites would review their policies to prohibit people from selling them. It’s even more problematic that I will occasionally come across listings titles “Authentic Native-American Headdress” and the seller is probably,most likely not Native-American. It is actually illegal to sell something presented as authentically produced by a Native- American person if you aren’t actually (ugh, and get out of here w/ “my great grandma was a cherokee princess”). Etsy in particular has been very  restrictive of art & craft that violates legal infringements, this should be no different.